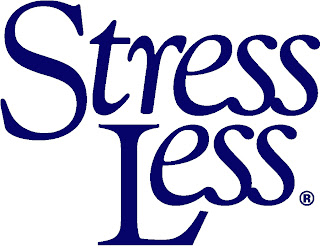 As the semester draws to a close, many college students are starting to feel the pressure of completing projects, writing final papers, giving presentations, and of course, studying for finals.


Add to that holding down a job and you've got a perfect storm of stress. How to calm your mind? Meditation may be the answer.

Scientific studies are increasingly revealing some pretty amazing benefits of regular meditation practice, both for the general public and students in particular.


Meditation can help you better deal with stress and may make your life as a student healthier and happier overall, a great trade off for just a few minutes of mindful thinking a day.


Read on to learn about some of the latest and most telling studies on student meditation to learn the amazing benefits it can offer you this finals season and beyond.

A 2009 study of 189 students in California who were performing below proficiency levels in English and math found that meditation actually helped to improve their test scores on the California Standards Tests. Students were asked to practice transcendental meditation twice a day over a three-month period. At the end of that period, 41% of students participating in the study showed improvement in both math and English scores, sometimes moving up an entire performance level, compared with just 15% who didn't participate in the program showing improvement.

Those who have ADHD may find meditation an effective method for improving concentration and brain function, at least according to one study published in The Journal of Psychology. A paper called "ADHD, Brain Functioning, and Transcendental Meditation Practice" appeared in the journal just last year, showcasing the results of a study that followed a group of middle school students with ADHD as they participated in a program that asked them to meditate twice a day for three months. At the end of the three-month period, students reported 50% reductions in stress, anxiety, and ADHD symptoms. Researchers also found improved brain functioning, increased brain processing, and improved language-based skills among ADHD students who practiced transcendental meditation.

Several studies have been conducted on the effect of meditative practices on reducing academic stress, all with a similar finding: it works. In 2007 researchers at SIU in Carbondale, Ill. released a multi-year study on 64 post-baccalaureate medical students who participated in a deep breathing meditation program. Students in the study were found to have reduced perceptions of test anxiety, nervousness, self-doubt, and concentration loss. Another study of students at American University had similar results, finding that students who participated in three months of transcendental meditation practice reported lower levels of stress (as well as increased concentration, more alertness, and greater resistance to the physical effects of stress, as well as brain function changes) during finals, often the most stressful part of the academic year.

4. Meditation Improves the Integrity and Efficiency of Connections in the Brain

It should come as no surprise that meditation practice can cause physical changes in the structure of the brain; monks have been saying this for years. Yet a surprisingly small amount of meditation can have an impact, even with as little as 11 hours of meditating. A 2010 study looked at 45 University of Oregon students, having 22 of them participate in an integrative body-mind meditation training program while the control group simply completed a relaxation program. The IBMT students were found to have changes in the fibers in the brain area related to regulating emotions and behavior, changes which became clear via brain imaging equipment with just 11 hours of practice. The same changes were not seen in the control group. Researchers believe that meditation may help students to better control their actions, resolve conflict, and manage stress by actually physically changing the brain connections that regulate these functions.

It's no secret that many college students go overboard with drugs and alcohol, many binging on potentially dangerous substances multiple nights a week. Yet meditation practice may help limit the desire to engage in these activities, a study in Alcoholism Treatment Quarterly reveals. Looking at both students and adults, the study found that daily transcendental meditation practice greatly reduced both substance abuse problems and antisocial behaviors. The results held true for all classes of drugs including illegal substances, alcohol, cigarettes, and prescription medications, with meditation being in many cases two or three times more effective than traditional drug prevention and education programs.

In 2003, researchers Vernon Barnes, Lynnette Bauza, and Frank Treiber set out to study the effects of meditation on adolescents, specifically looking at the way it could potentially reduce stress and affect school infractions. Their results were pretty striking. Forty-five high school-aged African-American students were studied, some in a control group and others practicing transcendental meditation on a daily basis for four months. At the end of the study, the researchers found that the meditation group had lower levels of absenteeism, lower levels of behavior incidents at school, and lower levels of suspension. On the flip side, these behaviors actually increased in the group that didn't meditate, suggesting that the meditation helped reduce the psychological stress, emotional instability, or hostility that was leading to negative and often self-destructive behaviors in these teens.

Meditation might not just help your studies, it might also help you be happier and more satisfied as well. Researchers at the University of Michigan found 60 sixth-graders to participate in a study, asking a group of them to take part in daily practice of transcendental meditation over a four-month period. At the end of the study, researchers reported that students had undergone some positive changes in emotional development, with students getting higher scores on affectivity, self-esteem, and emotional competence than when they started the program and when compared to their peers who did not meditate.

Meditation is as good for your body as it is for your mind, a study at American University reports. A study published by the university in conjunction with the Maharishi University of Management found that regular transcendental meditation helps to reduce blood pressure, anxiety, and depression among college students. The study chose 298 students at random to either be part of the meditation group or a control group, with a subset of students at risk for hypertension also analyzed. After three months, students were measured on blood pressure, psychological distress, and coping ability. Students who were formerly at-risk of hypertension showed a major change in blood pressure, associated with a 52% lower risk of developing hypertension in later years.

Feeling a little overwhelmed with college life? You're not alone. Studies are demonstrating that meditation may offer one solution to better coping with the stress, anxiety, and even depression that many college students experience. Research at Charles Drew University in LA and the University of Hawaii in Kohala found that adults who participated in a transcendental meditation program showed significant reductions in depressive symptoms (an average of 48% lower than the control group), even those who had indications of clinically significant depression. Similar results have been found in students, with decreases in depression and anxiety symptoms at significant levels after participating in a meditation program.

A study done by the Maharishi University of Management suggests that meditation is a great way to work out your brain and that it might even have positive effects on intelligence when practiced regularly. Looking at three different studies, the university found that high school students who participated in a transcendental meditation program had significant increases in creativity and intelligence levels, compared to those who took part in a napping or contemplative meditation program. Students in the transcendental meditation group saw increases in brain function across the board, but most dramatically in measurements of creative thinking, practical intelligence, and IQ.
Posted by Stress Coaches at Wednesday, April 11, 2012 No comments: